Overcoming Adversity - A Business Kept Afloat During A Grieving Process

This is taken from a recent article in the online magazine Real Business, "Katy Moss had a huge challenge to contend with in 2011 - keep her father's business afloat after he passed away. Here she tells her story of overcoming adversity." 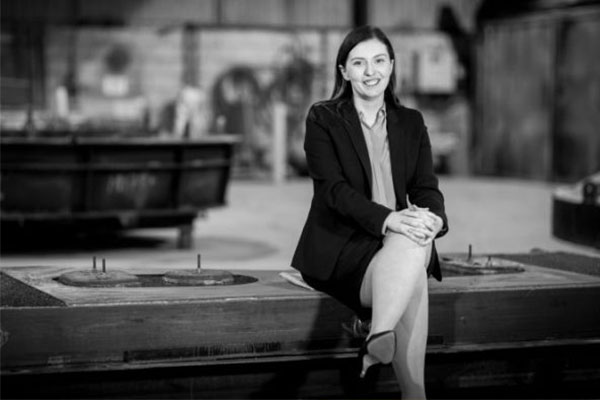 When Katy Moss had to step in to keep her father’s refractory business afloat after he died, she ultimately managed to make a success of it despite her adverse circumstances. Her story of overcoming adversity is truly inspiring. Trent Refractories is one of the few remaining refractory producers in the UK. It blends and mixes its own materials on-site, which are then sold in bags. "Trent Refractories was started by my late father, he had spent his life’s work up until that point in steelmaking, specialising in metallurgy and refractories," said Moss," she said. "In the early 1980s he sold his previous company to Steetley, which later became part of Lafarge. Having spent a few years doing other things, he was naturally drawn back to what he did best - so decided to start a new company."

Recently, Moss won the Amazon Growing Business Award for overcoming adversity and it couldn’t be more deserved. When her father passed away, she stepped up to steer the business in very testing emotional and financial times. "Prior to my late father passing I worked happily in school business management. He was trying to sell the business prior to his death. When he passed, I was left as executor with my mother and was advised to go into the company to understand it and facilitate a sale," she explained.

Putting her new job on hold, going in to a company where staff were unsettled, and trying to understand an industry she knew little about was tough. As no sale seemed forthcoming, and Moss started spending more and more time at the company. "In July 2013, I decided to quit my other job all together and make a real go of the company, I went on courses about our customers processes and really took a greater interest in everything we did, asking lots of questions." In September of that year, Moss’ mother called her with breathing difficulties. She rushed round, but her mother collapsed and couldn’t be resuscitated.

"I think I went numb inside and couldn’t consider grieving. People deal with grief differently, I throw myself at things. Desperately wanting to ensure that everyone’s futures were safe I set about focusing on the targets we had just set and being more determined to make it work." Even when she fell pregnant, Moss worked all the way through. After giving birth to her daughter, she was back in work three weeks later as her sales manager left.

Despite these extremely trying conditions, Moss has been successful in overcoming adversity and made it work. She said: "The market in which we operate is shrinking, prices were going up, credit control was poor, our customers (predominantly steel works) would not accept any increases, margins were sliding, there was only one way this was going. I had to have some very difficult discussions with people going against what people said could be done and I managed to get us back on track."

"Despite losing turnover because the UK steel market just aren’t making the volumes they were, we are ok." For Moss, the most challenging thing about taking on the company has been the resistance to change, and trying to make people feel unthreatened by new ways of doing things. Her ovation was one of the most rousing to be given at the 2016 Amazon Growing Business Awards, when she was also joined on stage by joint-winner Jeff Paterson, co-founder of Fourex. Like Paterson’s battle with cancer, Moss has shown incredible resilience in overcoming adversity and re-built a business through grit and determination.

She has also had to overcome her own insecurities to achieve success. The most helpful piece of advice she received, from her late mother, was to be confident in her abilities and not put herself down. "Never give up, if you want something make it happen, sometimes people say no because they either don’t know or can’t be bothered to find out, but generally there is always a way. Be determined and find it!"